With the so-called “War on Terror” continuing for over a decade, President Barack Obama is about to sign the National Defense Authorization Act (NDAA) into law.

The NDAA permits the indefinite detention of anyone, including citizens of the United States, who “was part of or substantially supported al-Qaeda, the Taliban, or associated forces, under the law of war until the end of hostilities” – an extremely problematic and vague definition. In addition, it permits transfer of any detained individuals to any foreign country and, in the unlikely event that it might happen at all, trial of such persons before a military tribunal.

The National Lawyers Guild adds its voice to the many others who oppose this legislation. Our opposition is not based solely on the fact that this bill allows indefinite detention of US citizens and residents or that the presumed “battlefield” encompasses the entire globe. We oppose indefinite detention without trial because it is immoral and cruel and because it violates the U.S. Constitution and international law.

Our principled opposition is based on the:

4. United States Constitution’s Fifth Amendment prohibition of deprivations of liberty without due process;

5. United States Constitution’s Sixth Amendment right to a speedy and public trial, to knowledge of the charges, to the assistance of counsel and to confront witnesses;

6. Universal Declaration of Human Rights, which the United States has signed, and which holds that “no one shall be subjected to arbitrary arrest, detention or exile” (Article 9); those who are arrested are entitled to a fair and public hearing by an impartial tribunal (Article 10), and all those charged with a penal offence are presumed innocent, and have the right to a public trial and all of the guarantees necessary for a defense (Article 11); and

7. International Covenant on Civil and Political Rights, which the United States has ratified, which provides in article 9 (1): “Everyone has the right to liberty and security of person. No one shall be subjected to arbitrary arrest or detention. No one shall be deprived of his liberty except on such grounds and in accordance with such procedure as are established by law.”

The laws of war do not override these rights. International humanitarian law, set forth in the Geneva Conventions, applies to all battlefield hostilities, including illegal wars. The current “war on terror” is an undeclared war without end, waged everywhere on earth. Indefinite detention for the duration of such a “war” is an immoral act of extreme injustice that makes a mockery of the idea that prisoners of war may be held only until the end of hostilities. 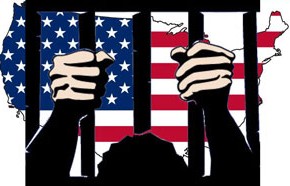 The National Lawyers Guild opposed expansion of executive power by George W. Bush, who oversaw Guantánamo and other “black sites” where prisoners often endured cruel, inhuman and degrading treatment and torture at the hands of their captors without access to lawyers or courts to challenge either the fact or the conditions of their confinement. We oppose equally the current president’s claim to such executive power and his apparent desire to expand it.

The absolute power that the NDAA affords the Executive and the military is dangerous, allowing the Executive to designate whomever it chooses to be subjected to its draconian provisions.

If President Obama were true to the Constitution and international legal norms, he would veto this bill. Instead, he seems more concerned about consolidating the power of the Executive at the cost of our legal and human rights. As “terrorism” and “radical Islam” have come to replace “Communism,” the United States continues to spiral toward a new era of McCarthyism. The NDAA is one more step down that road.