Today, the Virginia Senate took a firm stand in support of liberty, the Constitution for the United States, and the Constitution of Virginia by voting in favor of House Bill 1160 (HB1160), the “NDAA Nullification Act.”

After a motion to recommit (delay until next year) went down to the wire before being rejected yesterday (report here), groups across the political spectrum activated in support of the legislation, which codifies in law that no agency of the Commonwealth of Virginia – including defense forces and national guard troops, will comply with or assist the federal government in any way under it’s newly claimed powers to arrest and detain without due process.

The bill’s primary sponsor, Delegate Bob Marshall, had this to say in support:

“During World War II, the federal government incarcerated tens of thousands of loyal Japanese Americans in the name of national security. By this bill, Virginia declares that it will not participate in similar modern-day efforts.

Even President Obama had questions about the bill, when he promised the American people that he would not use the unrestrained powers it granted him — but why should we trust any President with such powers? 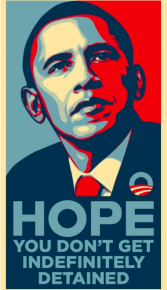 There are moments in our history when our liberties hang in the balance. This is one of those moments. I urge the Senate…to lead the way in the nation to ensure that Virginia will not cooperate when the Federal Government strays off the reservation with laws that take away the civil liberties of our citizens.”

Last Thursday, the Tenth Amendment Center, in partnership with the Bill of Rights Defense Committee and Demand Progress held a media conference with experts and legislators from across the political spectrum. On hand were a former Al Gore advisor and a former Reagan administration member. (full report here)

The message was resounding, and echoed by the Jr. Senator from Loudoun Virginia on the floor today, “Wherever you fall on the political spectrum, any law that passes congress that has those provisions should be a deep concern, and I hope that we can all agree on this one issue.”

While the bill doesn’t directly block federal agents from carrying out their new NDAA powers, this is part and parcel of a larger NDAA nullification campaign around the country. Currently 7 local governments have passed resolutions ranging from a denouncement of the federal act in three Colorado counties to requiring noncompliance with it in places like Fairfax, CA and Northampton, MA. And, 7 states are currently considering legislation like Virginia’s – all based off the model legislation provided by the Tenth Amendment Center, the Liberty Preservation Act.

Here at the Tenth Amendment Center, we define nullification as “any act or set of acts which has as its end result a particular law being rendered null, void, or unenforceable in a specific area.” With that definition in mind, we see nullification of the new “kidnapping powers” of the NDAA as a multi-step process.

1. Education – awareness. This is where local and state resolutions come into play. When something is passed, even non-binding, it gets press coverage about the idea that the local and state people have a role to play in this.

2. Non-compliance – as just passed by the Virginia House and Senate, and being considered in various other states and local communities. The message? Your unconstitutional federal act is not welcome here!

Gandhi, Rosa Parks and others didn’t take it beyond there. We recognize that in almost every situation, the federal government relies on states being silent or even fully complicit. Information sharing, logistics, and even national guard troops carrying out orders are activities that could be asked of state and local governments. Could the feds still kidnap at that point if the state refuses compliance? Sure, “legally” nothing has changed. But if 10-15 states and a hundred or so counties and cities are making clear they will not comply and that they consider the act unconstitutional, it’s going to be much tougher for them, if not politically impossible, than if everybody just complied and waited for the courts or another election to “save” them.

3. Resistance and physical interposition – Some, of course, believe that the feds can never be stopped without a physical resistance. But this may not be required if enough states and localities take noncompliance seriously in #2 above. But, we also see the value in running the full spectrum of options from the simplest to the strongest in various parts of the country. In Washington State, the bill there is full non-compliance. Matt Shea and Jason Overstreet, the primary sponsors, feel they can get that moving forward, and hope to follow up with criminal penalties in a future bill. Then, potentially another to require arrest of fed agents for kidnapping could be considered. In Missouri, they’re tracking along the same lines.

In Tennessee, though, the bill being considered right now refers to indefinite detention as a “kidnapping” charge and requires the local sheriffs to stop them. (info here)

HB1160 received a minor amendment in the Senate before passage and now goes back to the House for Concurrence. The bill previously passed the house by a vote of 96-4 so it’s expected that the amended version will sail through as well. The Amendment reads as follows:

§ 1. Notwithstanding any contrary provision of law, no agency or political subdivision of the Commonwealth, or employee of same acting in his official capacity, shall aid an agency of the United States in the unlawful detention of any United States citizen pursuant to 50 U.S.C. § 1541 as provided by the National Defense Authorization Act for Fiscal Year 2012 (P.L. 112-81, § 1021).

Delegate Marshall previously reported that Governor Bob McDonnell is opposing this legislation. And, even with such large veto-proof votes in both the House and Senate, Virginia residents are encouraged to take action today. Those living in Virginia are encouraged to contact their Senators with words of thanks for passing HB1160 (at this link) AND the Governor’s office (at this link) in support of this legislation now.

CLICK HERE – to view 4 versions of the model bill, the Liberty Preservation Act, for introduction in your state, city, county or town

CLICK HERE – to track the status of the Liberty Preservation Act around the country.

Michael Boldin [send him email] is the founder of the Tenth Amendment Center. He was raised in Milwaukee, WI, and currently resides in Los Angeles, CA. Follow him on twitter – @michaelboldin, on LinkedIn, and on Facebook.