Evocative
Palestine. Just to think of Palestine is evocative. From the lush orange orchards to the laden olive groves, many examples could be provided to confirm the fact that prior to the creation of Israel,  Palestinian society thrived in all areas of human endeavour.  The splendour of Jaffa was aptly captured in the photograph which appears below, renowned for its famed produce namely oranges which were exported to England as well as other destinations.

book before their diaspora is a visual journey into palestine before btd.palestine-studies.org

Debunking the myth, the first example, based on Before Their Diaspora: A Photographic History of the Palestinians, 1876-1948, a book by Walid Khalidi, depicting Palestinian life in all of its aspects, was commented upon by the French newspaper Le Monde Diplomatique which stated that Khalidi’s visual testimony unequivocally laid to rest the claim that there never was a land without a people for a people without a land. 1   That generations of Arab Palestinians had lived, were living and lived in a land with a people.

Numerous examples attest to the vibrant dynamism which prevailed in all areas of Palestinian society before 1948: from the celebrated poetry of Ahmad Hilmi Abdel Baqi or such distinguished cutting age advocates as Ihsan Abbas and Jabra Ibrahim Jabra advancing the case of the Modernist movement in the field of poetry; to the renouned Palestinian dramatist Jamil al-Bahri’s plays, with Jerusalem in the lead boasting well over thirty theatrical troupes; to the eminent translations of western literary oeuvres such as Amin Abu al-Shi’r ‘s Dante’s Divine Comedy (Inferno) or Anbara Salam Khalidi’s Homer’s Iliad and Odyssey. From culture, the arts, literature, agriculture to a sustainable economy, a vibrant dynamism permeated all areas of Palestinian life and oversaw the very birthplace of the Arab Cinema Company Ltd in Haifa. Europe was not alone in its efforts to develop its fledging film industry, Bashar Ibrahim’s Palestinian Cinema in the 20th Century evidences the Palestinian cinematographic drive both prior to and after 1948 and in the 1990s. 2

From an agricultural perspective, let us take the village of Sirin which according to Ilan Pappe’s The Ethnic Cleansing Of Palestine  “was noted as a fine example of the collective system of land-sharing to which villagers adhered, dating back to the Ottoman period, and here had survived both the capitalization of the local agriculture and the Zionist drive for land. ”  Pappe adds “[Sirin] boasted three rich bustans (gardens with fruit trees) and olive groves, which spread out over 9000 cultivated dunam of land (out of 17,000) … Today, a cactus hedge surrounds the rubble that was Sirin. Jews never succeeded in repeating the success of the Palestinians in holding on to the tough soil in the valley …” 3

Biblical historiography appropriation
In the shadow of the impending catastrophe (Nakba), a deliberate tale to wilfully and violently eradicate an indigenous people was emerging. History for most and the violent Israeli narrative has been the formulation of a biblical historiography dominated by zionism constructed over time using vast financial resources to re-shape the actuality of Palestinian historical progress by ignoring it and destroying it.  The present eidetic imagery that is associated with Palestine is the violence raged upon its people and its land by a belligerent zionist Israel. Since 1948 it, Israel, has schemed, deceived and manipulated to obliterate Palestine of its people by all means and defile the land. The cold hungry child, the cold dead bodies of Palestinian children this is the stamp of Israel; the apartheid Wall its seal; the ink, Israel uses to write its fabricated history, the blood of generations of Palestinians. With those huge financial resources Israel can and does manipulate facts and history. Israel as it annexes more and more of historical Palestine invents and re-invents an Israelite morphological re-shaping of a history that doesn’t exist and never existed. All is a studied manipulation arising from an accumulative knowledge of Israel’s perceived superiority claimed from various archaeological artefacts found on Palestinian territory by prejudicial scholars. From this has developed the racist apartheid pariah state that is Israel today. It has invented itself. And now it persecutes millions and that is no invention.

The un-earthed narrative
Keith W. Whitelam writes : “The literary construct that is ‘ancient Israel’, which has obscured the history of ancient Palestine in the late Bronze and Iron Ages, will be allowed to achieve the same objective from later periods.”  Whitelam goes on: “The evolutionary scheme which has presupposed the replacement of Canaanite by Israelite culture has distracted from the aesthetic and cultural qualities exhibited in the rich deposits of ceramics, faience, glass, jewellery, etc, evidenced throughout Palestine”. Further adds Whitelam: “The discovery of female figurines and statuettes in the different levels at many Palestinian sites.” gives us a rich sense of fertility and rebirth in Palestine. Never empty, the only thing empty was has been Israel’s promises of peace as it murders and maims. To unearth is to reveal, to expose. The archaeology of the peace process has been exposed and continues to be exposed. It reveals the non-intention of Israel and America to conduct or hold meaningful dialogue for a peace or a legitimate land for the Palestinians. 4

Whitelam evokes an appreciation of the cultural and aesthetic minds that gave modelled form to any part of historical passage and reminds us why the Palestinians are still with us. And why Israel is not, but removed in a sort of artificial intelligence (AI), anchored in its barbarity and increasingly its mechanised warmongering cruelty. Israel’s ‘finds’ help to create a normative (though false) history of cultural spirals and scholarship so rarefied as to consign Palestine to some sort of historical intellectual rubbish dump. Nothing could be further from the truth. We discover from Whitelam in that small paragraph the sensitivity and creativity of a still vital and present people. And why they survive decades of on-going attempts of genocide and ethnic cleansing. 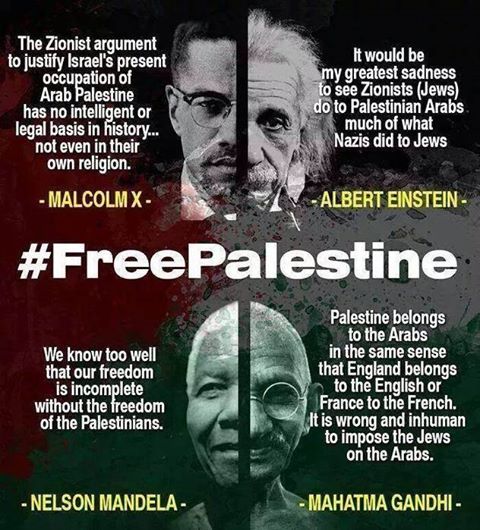 Contemporary narrative
Now, in modern times, in reading Edward W. Said’s book The End of The Peace Process we realised that civilisation is an admixture of historical layers from different lands, time- in -‘flux’ moving as we write ‘mixed,’ ‘hybrid.’  That somehow the West has ingrained unto itself, its civilisation, its culture by itself. That, the West had/has no discernible context where different cultures have not collided, “clashed” with the West but have given, not always freely, but have given and that giving accepted willingly or not, because more often than not, this ‘giving’ has perniciously coincided with being taken.  So “Nothing could be more fruitless than seeing the West as somehow standing apart and above from the civilizations of Africa, Islam, India, and Latin America. True, there are specific ideological attempts to pretend that some pre-existing essence defines culture once and for all, but that is ideology, not history or the serious interpretation.” 5

In Blaming The Victims we find “The present situation of the Palestinian people then is fundamental and seriously anomalous. The Palestinians have all the attributes of nationhood – a common history, language, and set of traditions, a national culture, national institutions, a national representative,” the Israelis just won’t recognise this, and the international community with numerous laws and UN resolutions against Israel  do-a-Chamberlain and do nothing but appease. 6

If we return for a moment to what Edward Said had to say we find the nub of the Israeli Palestinian tragedy. Israel wants to see itself apart a Jewish Nation and separate. Problem is besides it being ideologically not feasible, Israel has Semitic neighbours which it wants to go away, disappear. They haven’t, and, the world won’t allow it, neither the law. So Israel bombs, maims, withholds wages, taxes, persecutes every minute of every day every Palestinian in some way.
Apparently the 2007 report by the UN Office for the Coordination of Humanitarian Affairs on the OPT Control and Oppression of the Palestinians by Israel gave rise according to Kathleen and Bill Christison to a “powerful rumour that Tony Blair “having took on the role of special international representative in the occupied territories in mid 2007, left a briefing prepared for him ashen-faced and in shock.” 7

It’s bad, it’s worse, it’s criminal. According to Robert Fisk we see how cop out was decades long, anti-Semitism the card played “It was quite acceptable for Israel’s supporters to raise family issues of family or national origin if others criticized its actions. When, for example, the UN General Secretary Boutros Boutros Ghali , instructed his military advisor Dutch Major General Franklin Van Kappen, to conduct an investigation into the Israeli massacre of 106 Lebanese refugees at the UN base at Qana in southern Lebanon in 1996, a pro–Israeli newspaper condemned the decision on the grounds that Van Kappen came from a country which had surrendered its Jews to the Nazis in the Second World War. Yet when AIPAC’s former prominent staff member was appointed America’s top negotiator, no questions were asked.” 8   All the while children died, Palestinian land stolen, their sacred olive trees uprooted and their homes bulldozed by American Caterpillar machines, elderly Palestinian mothers ridiculed and molested by settlers as Israeli bombs rained down the core of Israel’s boundless brutality.

The truth writ-large
Many of our elected officials have claimed and continue to claim to not know, that they are ill informed about the Israeli Palestinian conflict. They have had more than enough time to inform themselves. In the main most concerned people who stand on the right side of history have taken the time to inform themselves and visit Palestine.  Many politicians have also been to the OPT s, attended numerous events/workshops/conferences organised by various local and international ngos, met with Palestinians,  heard firsthand accounts, wrote and published official reports. Yet in spite of this and in spite of the fact that many formal records of historical zionist colonialists’ statements have been in the public domain for decades on end in pain sight for all to see, still many political figures sit on the fence. Are our elected officials disingenuous, woefully ignorant, perhaps naive, simply incompetent or deliberately towing the line under considerable pressure from the zionist lobby?

There you have it the words condemn and the actions betray Israel. Unless the world works on collectively condemning Israel, Palestinian suffering and betrayal by the international law makers continue. Before Their Diaspora: A Photographic History of the Palestinians 1876 – pinterest.com

2 Bashar Ibrahim, Palestinian Cinema in the 20th Century, available at http://www.albawaba.com/entertainment/palestinian-cinema-depicts-people%E2%80%99s-long-struggle. More on the history of Palestinian cinematography see https://mubi.com/lists/they-do-not-exist-palestine

Soraya Boyd is CEO and Founder of Facilitate Global and can be contacted by email soraya.boyd@facilitateglobal.org