Military Power, according to Gianfranco Poggi’s Forms of Power explains with his usual clarity that he found it “difficult to define political power otherwise than with reference to organized violence; it is the command over this resource that allows one group, for example to ‘run things’ over a given territory.” He goes on, and think here of a belligerent Israel, “the state (as well as in other forms of institutionalized political power) the violence in question is seen as legitimate; that is, the threat or exercise of it are seen as constituting not a merely factual affair, but the realization of a normative claim demanding assent.” This is of course constitutes state sanctioned murder when Israel decides systematically to bomb Gaza to rubble, and terrorise the civilian population that has nowhere to go. Poggi writes in the same book “We have already the paradox in Hobbes: political power arises as a remedy to fear, but operates chiefly by making people fearful.” Gaza is kept in a constant state of fear. The children ask their parents “when are we going to die”. The preparedness of Israel to inflict death and terror is second to none. This has resulted in causing a heavy tension of fear in Israel itself. Here we remember “Operation Summer Rains” and “Operation Autumn Clouds”. The Human Rights Council Report 29 January 2007 by Special Rapporteur John Dugard relates “Missiles, shells and bulldozers destroyed or damaged homes, schools, hospitals, mosques, public buildings, bridges, water pipelines, and electricity networks. Agricultural lands were levelled by bulldozers.” This is the pernicious methodology of Israel that is repeated again and again, and again. Sanctions by the international community, as always lacking. As Dugard further stated “The siege of Gaza is a form of collective punishment in violation of the Fourth Geneva Convention of 12th August 1949. The indiscriminate use of military power against civilians and civilian targets has resulted in serious war crimes.”

“Operation Cast Lead” from 27th of December to 18th of January 2009 Israel so primed as a “normative” lethal organised military machine attacked Gaza’s citizens with disproportionate force. According to the International Committee of the Red Cross, as reported by Ben White, stated “during the 22 days of the Israeli military operation, nowhere in Gaza was safe for civilians” with “whole neighbourhoods” turned “into rubble.” With areas looking “like the epicentre of a massive earthquake” there is still “half a million tons of concrete rubble to clear.” And so we have Operation Protective Edge. “UN Chief Ban Ki-moon at an emergency Security Council meeting called for an immediate ceasefire between Israel and Palestinian fighters in Gaza.” The risk of violence expanding further still is real. Gaza, and the region as a whole, cannot afford another full-blown war.

“Today Friday 8th August 2014 and reported in I news paper from The Independent, reports that “Gaza officials say the latest figures show the conflict has killed 1,874 Palestinians most of them civilians.” Also from the same source – and don’t hold your collective breath, “A ban on UK arms sales to Israel could soon (my emphasis) be imposed by the government, with ministers understood to be edging closer to a deal. Nick Clegg [Deputy Prime minister] suggested yesterday that the truce had given the Coalition the time it needed to reach an agreement on halting the UK’s £42m of arms export licences adding a “tougher approach would soon be announced.” Does too often, too little and too late come to mind? As Israel bristling with weaponry is using it against a relatively defensless civilian population as I write. So out of political power arises military power and in the case of Palestine the need for protection under the penumbra of Humanitarian Law -a normative international law- of which there can be no derogation by any nation state. The protection of Palestinian children the very future of Palestine must preoccupy our minds, galvanise our actions, as we witness once again the systematic targeting of children by the Israeli defence forces (IDF), the occupying force. Murder of innocents, being an Israeli government policy, the killings constitute state sanctioned murder therefore in this context, egregious war crimes. According to the impeccably researched The Israeli Lobby and U.S. Foreign Policy by John J. Mearshiemer and Stephen M. Walt, “Israel has always had the intention under the guise of ‘defence’ to expand Israel’s borders. “Between 1949 and 1956, for example, Israeli security forces killed between 2,700 and 5000 Arab infiltrators, the overwhelming majority of them unarmed.” (my emphasis). Also the IDF “murdered hundreds of Egyptians prisoners-of-war in both the 1956 and 1967 wars. In 1967, it expelled between 100,000 and 260,000 Palestinians from the newly-conquered West Bank, and drove 80,000 Syrians from the Golan Heights.” 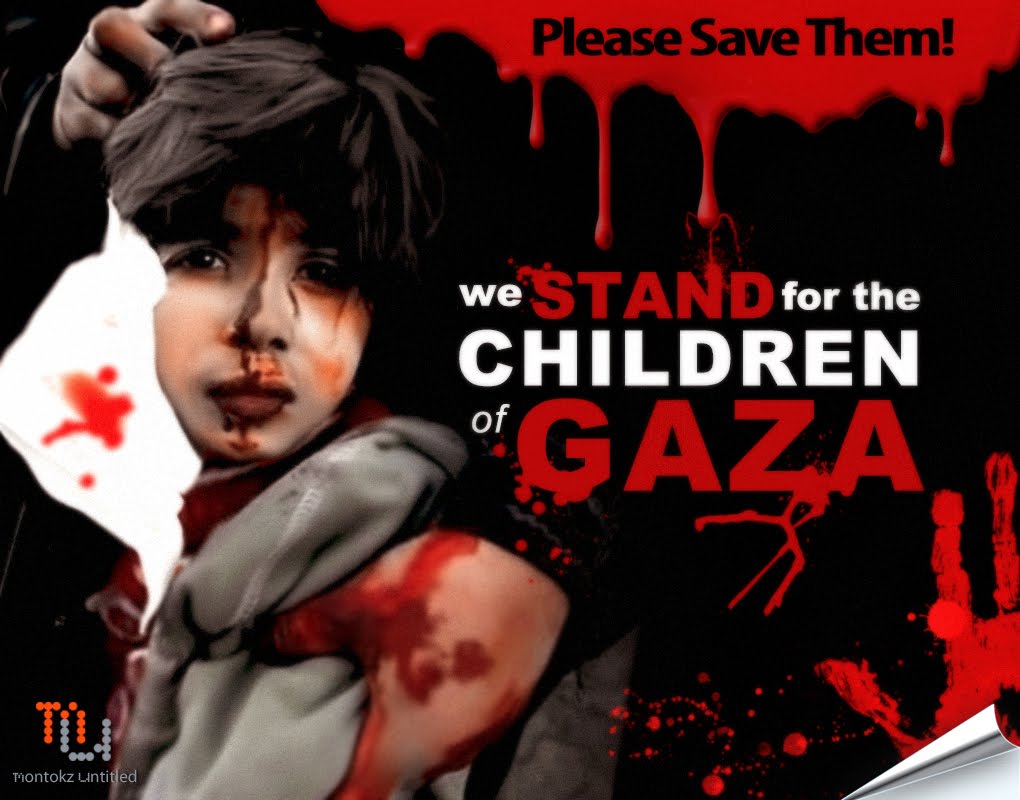 In the case of Palestine it is right to record here Article 18 of the same code, the Crimes against humanity. A crime against humanity means any of the following acts, when committed in a systematic manner or on a large scale and instigated or directed by a Government or by any organization or group. They are (a) murder; (b) extermination; (c) torture; (d) enslavement; (e) persecution; (f) institutionalized discrimination on racial, ethnic or religious grounds involving the violation of fundamental rights and freedoms and resulting in seriously disadvantaging a part of the population; (g) arbitrary deportation or forcible transfer of population; (h) arbitrary imprisonment; (i) forced disappearance of persons; (j) rape, enforced prostitution and other forms of sexual abuse; k) other inhumane acts which severely damage physical or mental integrity, health or human dignity, such as mutilation and severe bodily harm.

To investigate the latest unlawful “strikes” and probable incursion by Israel we must examine the past and the international laws that pertain to the Palestinian tragedy to show forensically the continuum of violence that is the policy of Israel without exception when it involves the intimidation, and worse, of the civilians in Gaza and the West Bank. I will come to the latest abomination later. Many of the above laws are infringed on a daily basis committed by a lawless Israel with as yet impunity? Its time will come and it will involve not only justice for the beleaguered Palestinians but penitence for Israel for crimes committed and then brazenly, cruelly denied. 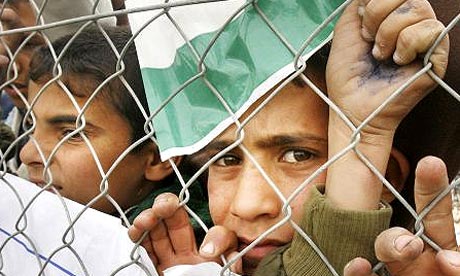 Mearsheimer and Walt go on “It was [Israel] complicit in the massacre of 700 innocent Palestinians at the Sabra and Shatila refugee camps following its invasion of Lebanon in 1982, and an Israeli investigatory commission found then Defence Minister Sharon “personally responsible” for these atrocities.” It is a truth “Israel is good at killing”. It is a ruthless killing machine in denial and a denier of true democracy being racist by nature. It is also a master of torture. This is shocking though not surprising as the denial of the very existence of Palestinians from the early propaganda of the Zionists, denies the very humanity of Palestinians, and the innocence of their precious children. Demonising Palestinians defies “human rights laws” also the sacred right of nations to the principle of national determination and, of course, the right to life. This means the sanctity of their being and becoming. The culpability of the Zionist movement to expel Palestinians from their own land has been recognised and condemned forthrightly by the international community, and most importantly resisted -by right- by Palestinians. However condemnations do not put a stop to the on-going daily incursions carried out by the IDF often followed by the usual large scale and brutal massacre of civilians, and mostly children. The International Covenant on Civil and Political Rights (ICCPR) is unequivocal “Considering that, in accordance with the principles proclaimed in the Charter of the United Nations, recognition of the inherent dignity and of the equal and inalienable rights of all members of the human family is the foundation of freedom, justice and peace in the world.”

And finally this “Belligerent occupation in itself is not an unlawful situation: it is accepted as a possible consequence of armed conflict. At the same time, under the law of armed conflict (also known as international humanitarian law), occupation is intended to be only a temporary state of affairs. International law prohibits the unilateral annexation or permanent acquisition of territory as a result of the threat or use of force: should this occur, no State may recognize or support the resulting unlawful situation. In contrast to occupation, both colonialism and apartheid are always unlawful and indeed are considered to be particularly serious breeches of international law because they are fundamentally contrary to core values of the international legal order.” (Human Sciences Research Council – HSRC).

I say to the British government that as usual drag their feet and skirt around the atrocities committed on a daily basis by Israel, not and not ever in my name.

Clive Hambidge is Human Development Director at Facilitate Global.  Clive can be contacted by email clive.hambidge@facilitateglobal.org.