“Congress shall make no law … abridging … the right of the people peaceably … to petition the Government for a redress of grievances.”

It is a pernicious fact that “Pentagon contracts awarded in the 2000s have been concentrated in the hands of just five contractors- Lockheed Martin, Boeing, Northrop Grumman, Raytheon and General Dynamics. These five companies account for over one-third of all Pentagon contracts.” And are accountable for countless deaths in foreign lands waging illegal wars.

I’ve taken the scandals involving Boeing, Lockheed Martin, and Northrop Grumman, as examples of bad practice and alleged/proven criminality to illustrate the undermining of the spirit of the Constitution and the “ordination” of the American people to uphold the moral and ethical values of the Constitution. 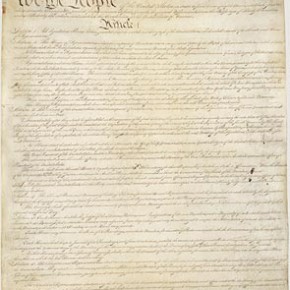 The “offences” directly affect the perception of American taxpayer ever aware of the dollar in their pockets and their inherent dignity. Private contractors have been increasingly the killers on the killing fields of Afghanistan and Iraq and private intelligence companies providing the Intel. 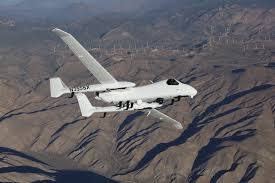 Northrop Grumman: “The company was sued in 1999 for allegedly knowingly giving the Navy defective aircraft. This suit seeks $210 million in damages and is ongoing. Then in 2003, the company was sued for allegedly overcharging the U.S. government for space projects in the 1990s. Northrop Grumman paid $111.2 million to settle that suit out of court. “From August 25 through September 2, 2010, Virginia,s computer operations experienced a week-long computer outage. Northrop Grumman operated these systems under a $2.4 billion contract. As a result, as many as 45,000 citizens could not renew their drivers licenses prior to their expiration. Computer systems for 26 of the state’s 89 agencies were affected and Governor Bob McDonnell announced that some data may be permanently lost. Northrop Grumman has apologized for the outage and will fund an investigation. Northrop Grumman had contributed approximately $75,000 to McDonnell’s campaign.” Moreover, “The company has also established a military communicty of practice, a companywide team of Talent Acquisition professionals who meet regularly to share information, experiences, and leading practices for recruting, networking and hiring of transitioning military personnel.”

Lockheed Martin: “CorpWatch made plain that Lockheed Martin, The world’s #1 military contractor, responsible for the U-2 and SR-71 spy planes, F-16, F/A-22 fighter jet, and Javelin missiles.” have made “millions through insider trading, falsifying accounts, and bribing officials.”

Also: “According to the Arms Trade Resource Center, Lockheed Martin gets $105 from each U.S. taxpayer and $228 from each U.S. household. In 2002 the company was effectively taxed at 7.7% compared to an average tax rate for individuals of 21-33%.”

Lockheed Martin is also not adverse to paying bribes to gangsters, paying known gangster “Yakuza Chief Kodama Yoshio $2.1 million in payoffs to help them sell their new wide-bodied passenger airplane, the TriStar L1011, against stiff competition from Boeing and McDonnell-Douglas.”

Lockheed Martin “does work for more than two dozen government 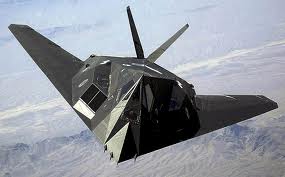 agencies from the Department of Defence and the Department of Energy to the Department of Agriculture and the Environmental Protection Agency. It’s involved in surveillance and information processing for the CIA, the FBI, the Internal Revenue Service (IRS), the National Security Agency (NSA), the Pentagon, the Census Bureau, and the Postal Service.”

This a company that in the 1990’s bought Datacom Inc turning it into Lockheed Information Services (IMS) then, in turn, “IMS managed to win contracts in 44 states and several foreign countries for tasks ranging from collecting parking fines and tolls to tracking down “deadbeat dads” and running “welfare to work” job-training programs. The result was a number of high profile failures, but hey, you can’t do everything right, can you?”(William D. Hartung)

The question is do the people of the United States recognize the implications of their individual and collective right to a sacred awareness of the American Constitution as follows: “We the people of the United States, in Order to form a more perfect Union, establish Justice, insure domestic Tranquility, provide for the common defense, promote the general Welfare, and secure the Blessings of Liberty to ourselves and our Posterity, do ordain and establish this Constitution for the United States of America.” Do they further recognize as a “grievance” the behavior of the corporate, military, and political elites? And then to whom -considering the range and breadth of the corruption- do they petition in assurance of a just therefore transparent process and outcome, where the constitution and U.S democracy is strengthened.

The growing surveillance culture can only undermine civil liberties which pro-actively work against a “more perfect union” “domestic Tranquility” and “Blessings of liberty” because a surveillance society breeds suspicion and distrust of the other. Accountability walks hand in hand with an independent judiciary, the willingness of the whistleblower and the wider public to hold corporations and the government to account, thus restoring, though not in an absolutist sense, the imperatives of the Constitution, and the sovereignty of the U.S. Citizen.

This corporate connivance, unethical and often criminal, short changes the American public and undermines their freedoms. Beware America and petition your leaders for greater transparency in corporate government interactions. And remember: “The Constitution of the United States Is a law for rulers and people, equally in war and in peace, and covers with the shield of its protection all classes of men, at all times and under all circumstances.” (United States Supreme court in Ex parte Milligan [1866])

Take it as your moral ethical guide and act. “Recognizing that the essential rights of man are not derived from ones being a national of a certain state, but are based upon the attributes of the human personality, and that they therefore justify international protection in the form of a convention reinforcing or complementing the protection provided by the domestic law of the American states” (American Convention On Human Rights “Pact of San Jose, Costa Rica” (B-32) ).

Clive Hambidge is Human Development Director at Facilitate Global. Clive can be contacted at clive.hambidge@facilitateglobal.org. This paper can be reproduced but the author and source must be acknowledged in full. Thank you