Bombshell for the settlement enterprise in Levy report

The far-reaching consequences of the Levy report mean Israeli must either recognize that the legal system in the West Bank resembles apartheid – or extend political rights for all. 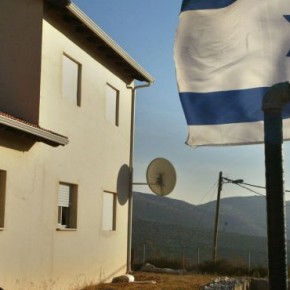 The Edmond Levy report was written by a Committee established to find a way, if possible, to “legalize” settlements established in the Territories without government approval. While the object of the Committee was to help the government out, adoption of the report’s position on the status of the West Bank would have far-reaching consequences that seemed to have escaped the Committee. It is doubtful whether the Report will be of much help even to a government committed to strengthening settlements on the West Bank.
The report adopts the old, tired and universally rejected arguments that the West Bank is not occupied territory. In reaching this conclusion the report totally ignores both the position that the governments of Israel have taken before the Supreme Court for 45 years and the hundreds of judgments of the Court on this very question.

The first military orders promulgated when the IDF entered the territories taken in the 1967 Six Day War expressly mentioned the Fourth Geneva Convention, which deals with the powers and duties of an occupying power. Not long after the war ended some arguments were raised questioning whether the territories were indeed occupied, and especially whether the Fourth Geneva Convention applied. None of these arguments gained much support. They were rejected by all states, including the US; the UN Security Council, the International Court of Justice and the vast majority of international lawyers, Israeli and foreign alike.

Soon after the war ended in 1967, Palestinians petitioned the Supreme Court challenging acts of the military in the newly-occupied territories. In replying to these petitions the government had to decide what legal regime applied in those territories. It was forced to choose between two possibilities. If it were to regard the territories as part of the State of Israel, not only would Israel be censured by the international community for annexation of territory in breach of international law; it would have to extend political rights to the Palestinian residents of the territories. If the territory were not Israeli territory, it would have to accept the only other known regime for territory conquered in war, namely a regime of belligerent occupation. It chose the latter path. Hence for 45 years the military authorities in the territories have exercised the powers of an occupying power under international law and have defended their actions before the Supreme Court of Israel on the basis of the international law of belligerent occupation.

In their 2005 judgment ruling that the disengagement from Gaza was legal, ten justices of Israel’s Supreme Court summed up the attitude of the government and the Court itself in the following words:

“According to the legal outlook of all Israel’s governments as presented to this court – an outlook that has always been accepted by the Supreme Court – these areas are held by Israel by way of belligerent occupation….The legal regime that applies there is determined by the rules of public international law and especially the rules relating to belligerent occupation.”

Possibly since Justice Levy was the sole dissenting judge in that case, the Levy report ignores this statement and many other similar rulings of the Court. Instead of advising the government on the legal situation, it looks as if Levy simply rehashed the opinion that was rejected by all his colleagues.

What would be the legal implications of accepting the Levy report approach? This question cropped up in the famous Elon Moreh case of 1979, in which the area’s military commander had requisitioned land, ostensibly for military needs, in order to establish a settlement. The only basis for his authority to do so was the international law of belligerent occupation. The Gush Emunim settlers raised Edmond Levy’s argument that the international law of belligerent occupation does not apply. In reply, Justice Landau explained that if he were to accept the settlers’ argument the conclusion would be that the military commander had acted without legal authority, and the land would have to be returned to its rightful owners.

So there you have it: Accepting the Levy report will mean that all private land requisitioned for military needs must immediately be returned to its owners. The other direct implication is clear. The Levy report complains about inequality between Palestinians and Israelis. It cites Israel’s Basic Law. But the real inequality on the West Bank is that the Israeli settlers have political rights in the state that controls their lives and the Palestinians do not. That is one of the grounds for the claim that the system there has elements of apartheid. If it accepts the Levy approach, the government will no longer be able to answer this claim by arguing that the territory is subject to a temporary regime of belligerent occupation. Either Israel’s government will have to acknowledge that apartheid is living and kicking, or it will have to extend political rights to all Palestinian residents of the West Bank.

David Kretzmer is a Professor of International Law and author of The Occupation of Justice: The Supreme Court of Israel and the Occupied Territories. He has served as chairperson of the Association for Civil Rights in Israel and as co-chair of the executive board of B’Tselem, and as vice-chairperson of the UN Human Rights Committee, under the International Covenant of Civil and Political Rights.