An attack on Tehran would be madness. So don’t rule it out

After invading Iraq over weapons of mass destruction, we plan to clap as Israel bombs Iran

If Israel really attacks Iran this year, it – and the Americans – will be more dotty than their enemies think. True, Mahmoud Ahmadinejad is a crackpot, but then so is Avigdor Lieberman, who is apparently the Israeli Foreign Minister. Maybe the two want to do each other a favour. But why on earth would the Israelis want to bomb Iran and thus bring down on their heads the fury of both the Lebanese Hezbollah and Hamas at the very same moment? Along with Syria, no doubt. Not to mention sucking the West – Europe and the US – into the same shooting match.

Maybe it’s because I’ve been in the Middle East for 36 years, but I sniff some old herrings in the air. Leon Panetta, the US Defence Secretary no less, warns us that Israel may strike. So does CNN – an older herring it would be difficult to find – and even old David Ignatius, who hasn’t been a Middle East correspondent for a decade or two, is telling us the same, taken in, as usual, by his Israeli “sources”. 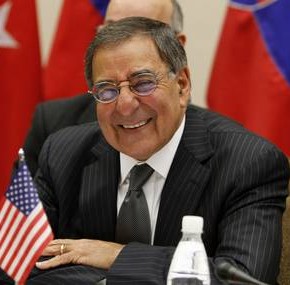 I expected this sort of bumph when I perused last week’s The New York Times Magazine – not an advertisement, this, for I would not want The Independent readers to burn their energy on such tosh – and read a warning from an Israeli “analyst” (I am still trying to discover what an “analyst” is), Ronen Bergman of Israel’s Yedioth Ahronoth newspaper.

And here is his “kicker” (as we call it in the trade), which is as near as you can get to playing the propaganda ragtime. “After speaking with many [sic] senior Israeli leaders and chiefs [sic yet again] of the military and intelligence, I have come to believe that Israel will indeed strike Iran in 2012. Perhaps in the small and ever diminishing window that is left, the US will choose to intervene after all, but from the Israelis’ perspective, there is not much hope for that. Instead, there is that peculiar Israeli mixture of fear… and tenacity, the fierce conviction, right or wrong, that only the Israelis can ultimately defend themselves.”

Now, first of all, any journalist who predicts an Israeli strike on Iran is putting his head on the chopping block. But surely any journalist worth his salt – and there are plenty of good journos in Israel – would ask himself a question: Who am I working for? My newspaper? Or my government?

Panetta, pictured below, who lied to US forces in Iraq by claiming to them they were there because of 9/11, should know better than to play this game. CNN ditto. I shall forget Ignatius. But what is all this? Nine years after invading Iraq – an enormously successful adventure, we are still told – because Saddam Hussein had “weapons of mass destruction”, we plan to clap our hands as Israel bombs Iran because of more unprovable “weapons of mass destruction”. Now I don’t doubt that within seconds of hearing the news, Barack Obama’s grotesque speech-writers will be grovelling to find the right words to support such an Israeli attack. If Obama can abandon Palestinian freedom and statehood for his own re-election, he can certainly support Israeli aggression in the hope that this will get him back in the White House.

If Iranian missiles start smashing into US warships in the Gulf, however – not to mention US bases in Afghanistan – then the speechwriters may have much more work to do. So just don’t let the Brits or the Frenchies get involved.