Officials: CIA to Stay in Iraq, Afghanistan for Years After Wars

US officials said today the CIA is planning to maintain a large and secretive presence inside both Iraq and Afghanistan long after the US occupations of those nations end.

In Iraq, which US troops have already left, the massive CIA presence in Baghdad has been re-purposed. Once focused chiefly on tackling al-Qaeda in Iraq (AQI) and other insurgents, the spies are now “monitoring developments in the increasingly antagonistic government.”

In many ways thing have come full circle for the CIA, which had a presence on the ground spying on the Saddam Hussein regime before the 2003 US invasion. Now, having spent the last eight years helping the military prop up the Maliki regime, the agency again finds itself there spying. 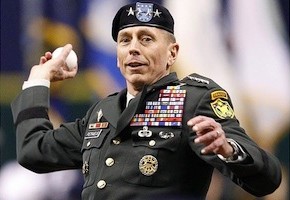 In Afghanistan — though exactly what sort of government the occupation will leave behind remains up in the air — the expectation is much the same as with Iraq, only moreso. The deployment will be even bigger, characterized by more aggressive operations and constant drone strikes.